The Xbox One X chart was compared to the PS4 Pro 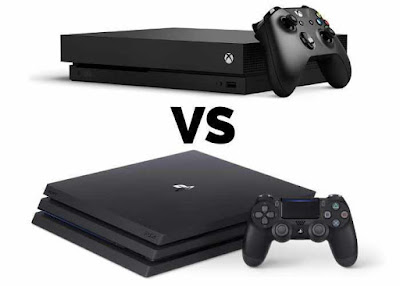 If after this article you could not decide which console you like more, you probably will be interested in this video. In it experts from Digital Foundry showed what performance can be expected from both consoles and for clarity compared it to a powerful gaming PC.
For the test, the game For Honor, available on all three systems, was used. Note that in the case of the Xbox One X, it was a patched version with optimized graphics. How did the PC show itself against the most powerful consoles? See for yourself:
Recall that the Xbox One X, released by Microsoft last year, is equipped with an 8-core processor with a clock speed of 2.3 GHz, 12 GB of GDDR5 memory (divided between the system and graphics) and a graphics chip that operates 40 computational units that produce a frequency of 1172 MHz. The console is equipped with 1 TB drive, has a built-in 4K Ultra HD Blu-ray with support for 4K and HDR 10.

Did you know that in iOS there is a secret scroll bar for emojis?

Smartphone production bounces back just in time for iPhone 12

IPadOS 14 Wish List: Everything we want to see on iPad this year