Androidvillaz
Home Apple Pre-orders for HomePod are finally open
Facebook
Twitter
Google+
Pinterest
WhatsApp
After the announcement at WWDC last year and several releases of the release, Apple finally began to take pre-orders for the smart HomePod column. You can order both on the Apple website and in the Apple Store application. The novelty is available in two colors (white and gray space) at a price of $ 349. 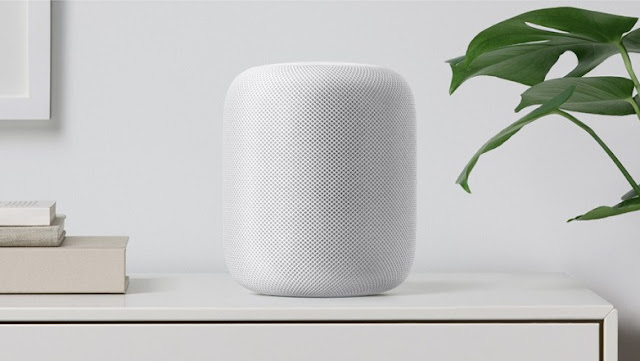 So far, this is only available for residents of the US, UK, and Australia. They will be able to pick up their order on February 9th.
Recall that Apple brought HomePod in June to WWDC as a response to a huge number of smart speakers from competing vendors like Amazon and Google. While Amazon Echo and Google Home can be called relatively budget solutions, Apple positions HomePod as a premium device in the growing market of smart speakers. According to Apple, the sound quality of this device surpasses any other smart-speaker available at the moment.

Equipped with 8 speakers, 6 microphones, so that Siri can hear you even from the other end of the room with loud music and the ability to adapt to the environment, HomePod clearly targets another market and another buyer than similar speakers from other technology giants. But, despite the premium positioning, HomePod at startup will not support all the declared functions. In particular, the synchronization of several columns in different rooms will be available only in one of the updates after the release.
Considering that Amazon Echo and Google Home have already won their audience, it will be interesting to see if their buyer will find HomePod. Is it enough for this top-quality sound and the Apple logo – at such a price? We will find out soon, given that the first reviews of the novelty will appear from February 9.

How to connect AirPods Pro to iPhone or iPad

How to fix MacOS Catalina errors

Xiaomi to launch 10 high-end smartphones in 2019