Crash Bandicoot 4 preload is now available on the PS Store!

For those looking forward to the marsupial’s next adventure, Sony has announced that the pre-load of Crash Bandicoot 4: It’s About Time is now available, which may add a little bit to the excitement.

Those who have opted for pre-sales can now separate space on the HDD and prepare for October 2nd. And it is worth remembering: the game will not have a physical format in Nigeria.

Crash Bandicoot 4: It’s About time will feature local cooperative and competitive modes, which further vary the gameplay of the new title.

There will be two styles of play, which support from two to four players: “Bandicoot Battle” is competitive, while “Pass N. Play” is coop. Crash, Coco, Fake Crash and Fake Coco – this, a new character in the franchise – are playable figures. See the video below, which still brings images of a phase not previously seen: 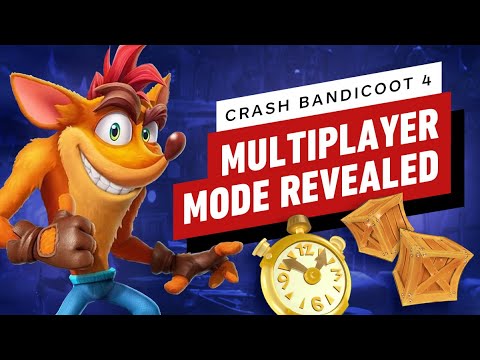 We’ve already had a chance to try Crash Bandicoot 4: It’s About Time through the DEMO created by Toys For Bob. The content had three phases and the whole gameplay of the title was very reminiscent of the original marsupial games, the physics are pleasant and don’t let the player think that he lost a life “because of the game”. You can even say: the accuracy is as good as that of the original trilogy.

Previous Huawei's future folding smartphone? It may be a copy of Samsung
Next Your Huawei smartphone could leave the Android system for HarmonyOS next year

See the trailer for Sekiro: Shadows Die Twice Game of the Year Edition

FIFA 21 has an unbelievable bug. This video reveals everything

Xbox Game Pass receives 5 new games that you will love. 3 more are on the way!

With the integration of Microsoft’s new cloud gaming service into the Xbox Game Pass Ultimate, …