All you need to know about the new features of HomePod

Share
Pre-orders for a smart HomePod column are already open in a number of countries, and very soon the first users will receive their orders. However, not all cool functions will be available from the very beginning. A lot of Apple promised to add later, during the next update. 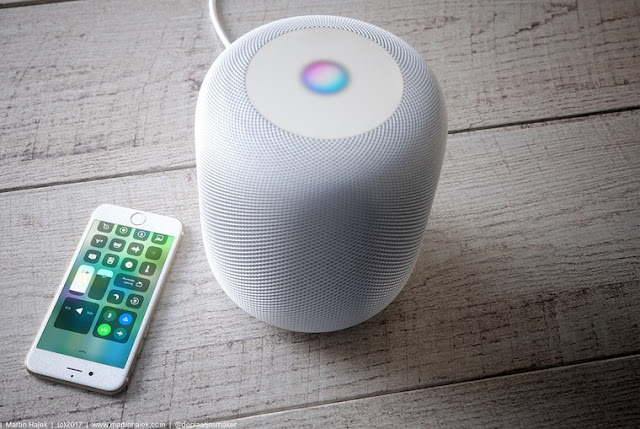 Apple itself did not comment on why the number of declared functions will not work in HomePod immediately after the release. In this case, for example, visitors to WWDC 2017 had the opportunity to listen to how the two speakers work in stereo mode – there were no problems with this function and it is unclear why it will not be in the HomePod “out of the box”.
AirPlay 2 will also be available later, although developers could test it in the beta build iOS 11.2.5. Apple reports that support for AirPlay 2 will appear this year – and, presumably, at the same time, users will be able to synchronize several columns in different rooms. This should be similar to how macOS synchronizes sound on different devices via iTunes.

We do not yet know exactly how stereo synchronization works in HomePod. It is not clear how several HomePod will distribute the sound and whether it will be necessary to do this manually, or everything will work in automatic mode.
In addition, Tim Cook promised that more functions will be available in the HomePod with time.

From the first words

Immediately after the announcement of HomePod on WWDC 2017, Tim Cook was overwhelmed with questions about the new device. Of course, the general director could not answer all of them, but he told about the philosophy underlying the HomePod.

First of all, we tried to create a breakthrough column, – Cook answered the question, why people spend $ 349 on HomePod, if the market has analogs at times cheaper like Amazon Echo. – The musical direction is important for us since the announcement of the first versions of iPod and iTunes. That’s why first of all we wanted to create a device with incredible sound quality.

The main feature of HomePod is the integration of Apple Music with control via Siri. At the same time, it seems that the Siri functional is limited to music and a couple of possibilities. However, this may well change in the future.

Did you know that in iOS there is a secret scroll bar for emojis?

Smartphone production bounces back just in time for iPhone 12

IPadOS 14 Wish List: Everything we want to see on iPad this year